"It was performed in 1971 at the Speaker's Corner of London Hyde Park. The

realization of this expression involved a large strip of the colorful strip, in which

participants. Once these compartments were occupied, the centipede walked

through the crowd, breaking into the human mass with its cheerful color. This

"synchronized expression" as the artist would later classify it, as it prevents

participants from acting individually, was also presented at Alexandra Park, 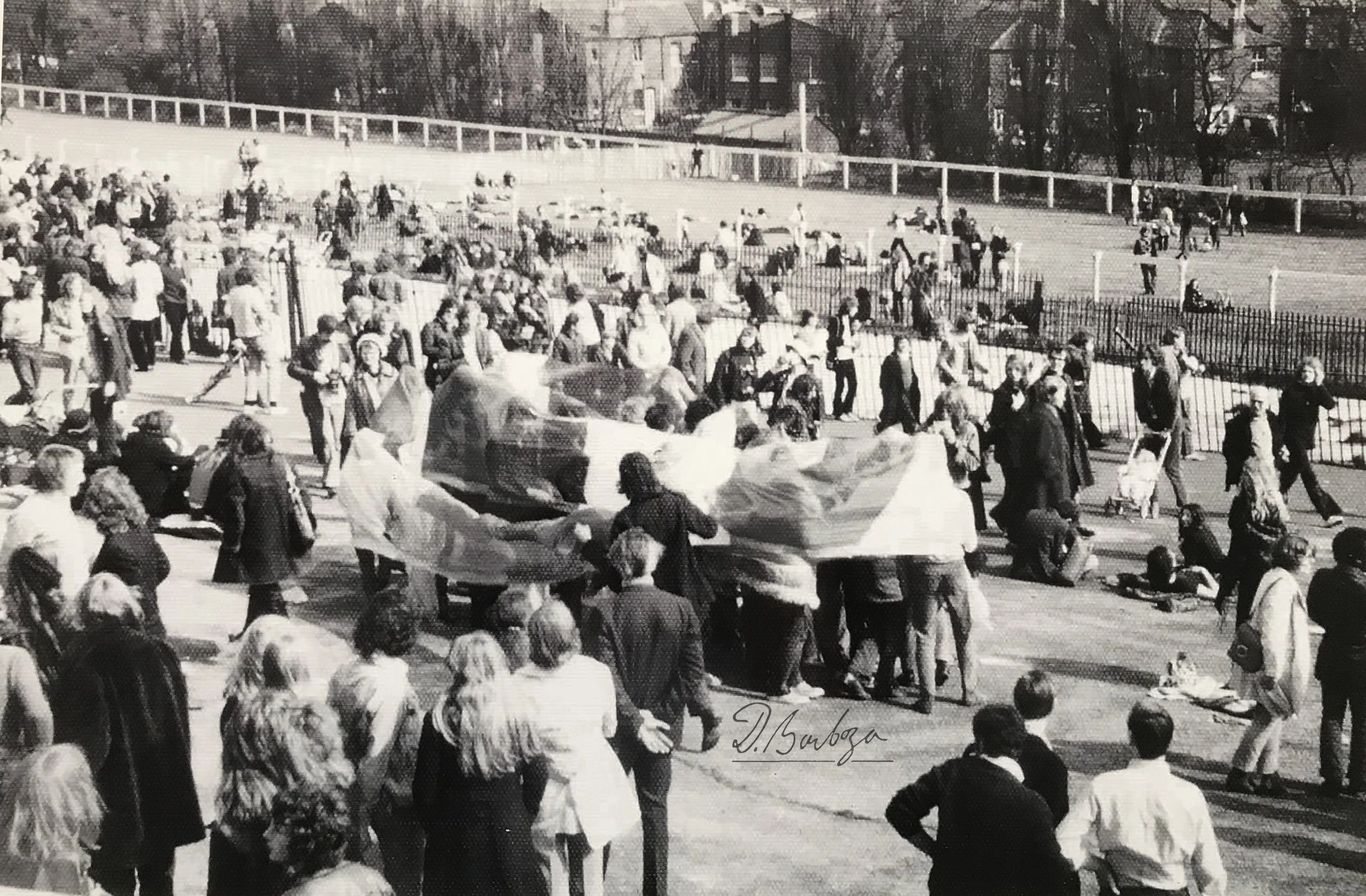